Drapery pleat styles! Often overlooked is the important decision of the pleat style.

Why have drapery pleats? Drapery pleats add fullness to the panel to make it lush – you don’t want your draperies to look like a flat sheet. They also add a design element to the panel.

When working with a custom drapery workroom it is best practice to have a picture of the drapery pleat styles you want. This is because the same pleat can be known by different names.

Three finger tacked at the bottom (AKA pinch pleat)

This is a traditional drapery pleat style. It’s made by dividing the pleat area into three equal folds and then tacking the folds at the bottom so that the top of the pleat slightly fans open.  This pleat style can range in fullness from 2 times up to 3 times or even as high as 4 times fullness.

Two finger tacked at the bottom (AKA butterfly pleat)

This is a “cousin” to the pinch pleat, with the pleat area divided into two equal folds that are tacked at the bottom.  It gets the name butterfly pleat because the top of the pleat opens up like the wings on a butterfly.  It generally has less fullness than the traditional 3 finger pinch pleat.

Three finger tacked at the top (AKA Euro pleat)

Two finger tacked at the top

This is the “cousin” to the Euro pleat with a sleeker two finger look and still tacked at the top. Again, the two finger version generally has less fullness than the three finger Euro.

The Goblet pleat is a more formal or decorative pleat option.  The pleat is made with three fingers and is tacked at the bottom.  The difference is that the pleat is then opened up and shaped like the flute of a champagne goblet.  A piece of foam is inserted inside the goblet pleat to hold its shape.  Like the inverted pleat, the Goblet pleat is better suited for stationary panels because of the larger stack-back when an operable panel is open.

There are several panel styles that are not pleated that are worth including in this discussion – unpleated panels, grommet panels, and ripplefold panels.  These panels offer a more contemporary look to drapery panels.

Unpleated panels are just like they sound – flat.  We put channels in the header for drapery pins and dress the panels so that they have “columns of fabric”.  Notice that there are two rings for each column.  Unpleated panels are almost always stationary panels because if you pull the panel closed, it will just flatten out and not hold any of the fullness in the columns.

A third option for panels with an undulating header is ripplefold panels. Ripplefold panels require special hardware with spaced carriers.  Snap tape is sewn to the back side of the panel at the header.  The panel is snapped into the carriers and dressed in “columns of fabric”.

Parkway Window Works partners with busy interior designers to take their window treatment vision from concept to reality. We are here to help you work through all the technical questions related to your drapery project down to the last detail, including what drapery pleat styles to use. Ready to specify custom drapery for your next project? Contact us to get started. 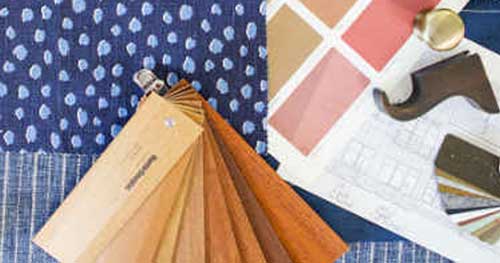 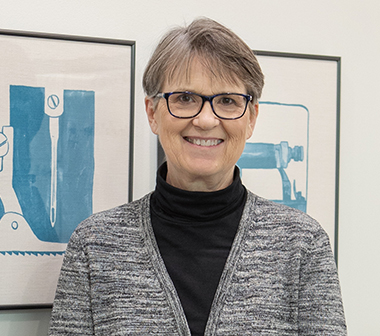